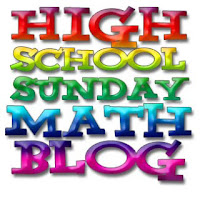 I realized one day last week that I didn't have access to my folder on the network at school, so I put in a tech ticket and our tech guy came to my room during 6th period on Friday. He did some fiddling (after promising that nothing he would do would lose any of my stuff) then told me he couldn't get it done then and would have to come back.

No problem, I say.

So about an hour ago I sar down to write about my methods of Organization when I realized that all of the pictures that I'd saved on my computer were missing. As in, there were NO pictures on my computer.

And so I started to hyperventilate.

I immediately tweeted about it, and @aanthonya came to my rescue. He suggested I do a search for a picture and in doing so I ended up finding a file with all of my pictures. It was in something called "SyncDocuments" and had my old user name in it (we migrated from a "dot" to "no dot" this summer... as in from "kristen.fouss" to "kristenfouss" and people have had issues with missing files).  So at this moment I'm saving all of my pictures to my dropbox folder (and then moving them to my desktop upstairs) for temporary measures.

So, back to organization. Isn't this somewhat ironic?!

I pride myself on my organization at school. On my computer I have folders set up for each class, a folder for each chapter, and sometimes folders within that. It may take me a minute to get to an embedded file folder, but I always know where my documents are.

As for the paper stuff, I do ok with that. I have a (laminated) folder set up for each class in which I put all of their papers. Within those folders I separate assignments by paperclips... or my favorites, binder clips. I have a 2-drawer file cabinet with multiple hanging files set up for each class that I drop their prepared assignments in (like right now I have all of my chapter 2 notes for Algebra 1 done and dropped in their folders) and I keep a folder in the front of the drawer for any extras that I may have made.

On my side bulletin/chalk board I have folders for each class so that when a student is absent and I've passed something out, I put their paper in the folder with their name on it (so I can tell if they've picked it up or not!).  I made a big weekly calendar on that board so I can write up the daily assignments for each class; I'm thinking of taking a picture of it and posting it on Schoology for kids to reference if they're interested.  We'll see if that ends up being necessary.

About a year and a half ago I gravitated to Google Calendar to keep my lesson plans in.  And I use the words "lesson plans" very loosely... I'm not the type to do the whole objective/resources/whatever stuff.  I write down the section number and title and maybe the homework assignment, so gcal works well for me.  I also really like how you can just move stuff around if something comes up and you need to change the schedule; no more erasing or drawing big arrows in the lesson plan book!

I've had kids mention in the past that I'm one of the most organized teachers they have. I've suffered in that department a bit (since trying to get them more active in class) but I think I still rank up there. :)

My husband just wishes it would make its way home, too.

Email ThisBlogThis!Share to TwitterShare to FacebookShare to Pinterest
Labels: #hsSunFun

I organize my computer files the same way except I use a jump drive so I can always access them from home/personal laptop.