I'm taking my tablet over to the administration building tomorrow morning so the tech guys can (hopefully) fix my mouse pad. It's been working intermittently the past few days. I hope that they can get it done tomorrow... can't imagine being home all weekend (without the kids) and not having my tablet! Of course, that means I might actually get my book club book re-read... and the house cleaned... and get some time in on the elliptical...
Posted by KFouss at 6:53 PM No comments:

Here are a few posts that have jumped out at my from my Reader:
1. Jackie (via her delicious account) saved a link to a collection of AMC questions. These will be great as problems of the week! (I haven't decided what I'm going to do with those this year... but that's a whole other post.)

2. This is a post from Dave Marain at MathNotations talking about his upcoming contest. I'd registered to do it last year but didn't get a chance to give it to my kids... there was just too going on with kids in and out on field trips. I'd like to give it another chance this fall!

3. Jeff Trevaskis at Webmaths just wrote a post about lesson planning and the difference between US/German teachers and Japanese teachers. I've seen/read before that the Japanese teachers teach by giving thought-provoking problems, let the kids work on them, then have some students present their answers to the class. I have questions about this - does it happen every day? Where do the kids get the background knowledge that they'd need to solve the problems? My student teacher this past semester started out wanting to do this every day. By the end, though, he saw that it wouldn't work with these students - they don't care enough. Trying this with sophomores/juniors in high school is just too late.
Posted by KFouss at 2:57 PM 2 comments:

Email ThisBlogThis!Share to TwitterShare to FacebookShare to Pinterest
I've been having tablet issues lately... it seems that my mousepad doesn't want to work. It's funny - when I first got the tablet I didn't like the mousepad and always used the pen as my mouse. Over the past couple of years, though, I've adjusted and now hardly ever use the pen (unless I'm playing Bejeweled Blitz!) so it's been a pain to have to go back to it again! A computer tech-y friend of mine took a look at it and couldn't figure out what's wrong. It looks like I'll have to take it in to school and see if the tech people there can figure it out.

A recent assignment from my web 2.0 class was to create a voicecast or screencast. I wasn't quite sure what to do with that, so I ended up using Jing to create a screencast of me solving a cubic equation (it's quite magical, I assure you! :) ). Here's the link.

I taught Honors Algebra I a couple of years ago - here's a link of them singing the Quadratic Formula song.

If you haven't used Jing (and you have a tablet!) I'd highly recommend it. What's nice is that it creates a link for you, so it's not just storing something on your computer.
Posted by KFouss at 2:42 PM 3 comments:

I've been working with OneNote lately - I think I'm going to switch from using Windows Journal to it this year (we've got new books, so it's a great time to start something new!). Now I'm trying to figure out if I can upload my notes onto my class blog (which is here, but there's nothing really on it yet!). I'd like to be able to link an image without having to go to slideshare first. Hmm. I may have to go to Twitter with this issue!

It doesn't look like there's a way to do want I want to do. :P I guess I'll have to go through slideshare and then embed the file.
Posted by KFouss at 1:39 PM 3 comments:

Have any of you heard of shirt.woot.com? I saw a link the other day from someone on Twitter that led me to this shirt I just had to buy. 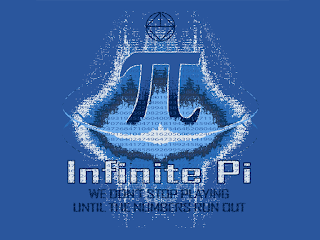 It'll be great for Pi Day and for the first day of radians! Can't wait. :)

I just wish I would've gotten this one, too.... 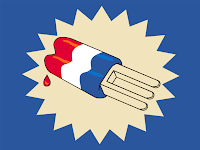 It's called Popstical Illusion. Funny.
Posted by KFouss at 8:55 PM No comments:

We're back from vacation, which means two things:
1. I skipped a week of my online class, so I'm here to catch up!
2. Summer is over. Bleh. Well, OK, it's not totally over (I still have a month before I have to report) but that's how it feels! I should be digging into my new books here soon to figure out exactly what I want to do this year. Bleh again.

Before I get to my 3 Google Reader items - I figured out yesterday how to share some of my "starred" posts on this blog. If you check out the column at the right there's a new box that says "Kristen's shared items". It's not everything I've kept, but there's a good list over there of posts that I wanted to keep for the future. I hope that helps someone out!

So here's my 3 (kinda):
1. It doesn't have anything to do with school, but one blog that I've subscribed to is called Cincinnati Cents. The author, Katie, posts a lot about deals she finds both online and in stores. Lately she's been listing a lot of school supply offers. I may have to head over to Staples sometime soon!

2. This is a link from Will Richardson's delicious account. It lists over 70 podcasting tools - thought that would be appropriate for our current readings!

3. My last item isn't a specific post; I just found this blog and have 14 items to catch up on. It's called TeachPaperless, and although that isn't my goal (I don't think it's doable right now in a math classroom!) it looks like Shelly has some interesting ideas using technology.

So one of the assignments that I neglected to do last week was to pick an article and respond to it on my blog. The article I chose was this one: Living and Learning with Social Media, by Danah Boyd . A couple of things stuck out to me as I was reading it.
This was the clincher at the end:

"At the end of the day, the biggest disruption brought on by technology has nothing to do with the youth themselves, but with the way in which it forces us to reconsider our position of power as adults. We cannot simply tell it like it is; we need to re-learn how to learn and how to evolve with the changes all around us."

I just read my newest assignment from the online class that I'm taking. The assignment was to create a weekly post sharing 3 meaningful posts that I've read (from my "newly-set up" RSS Reader... which I've had for a while now!). The kicker was that it was supposed to be just like the post I did last week. Oops. Guess I missed that! (But the thing is, I'm working a week ahead because we're going on vacation Saturday... so I'm really not late! Just doing two at once.)

So now to find 3 good posts that I've read this week... (or 6!)
1. A post about Google Sketch-Up from Simon Job - looks interesting! I'll need to play with it some to figure out what I can do with it.
2. A post from Classroom 2.0 listing a number of web 2.0 tools that the author came across at NECC (man, I wish I'd been there!). I have the Classroom 2.0 forum posts fed into my reader. Every once in a while I come across a good one!
3. A short-but-sweet post from Darren Kuropatwa's blog with a link to a TED talk. I've seen a lot of discussion lately (I think a lot of it stemming from the video that he embedded) about gearing the math curriculum more towards a statistics emphasis than a calculus one. I still need to watch the video.
4. This is a post on 360 about dealing with homework in class. I've been thinking lately about re-doing how I assign/deal with homework. I'm trying to gather all of the ideas that I can!
5. I really like this post from Jeff Trevaskis listing his top 10 math blogs. Ok, I didn't make it ;) but I love seeing what other people are reading and what I might be missing out on!
6. Last but not least... a neat puzzle that had me puzzling from Dave Richeson.
Posted by KFouss at 8:44 PM 3 comments:

Email ThisBlogThis!Share to TwitterShare to FacebookShare to Pinterest
I'm not sure how tech-y this will be, but it's something I've been pondering (with thanks to Sam Shah, who ran a survey earlier this summer). With our new precalc and algebra 2 books this year, I'm thinking about changing up how I "do" homework.

Precalc old way
Does it work? Yeah, maybe. But I know there's copying that goes on and the time that they're supposed to be checking their answers is usually "catch up with my neighbor" time. 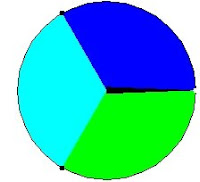 I don't know if this would work for my Algebra 2 classes. The Precalc is an honors-level class and the kids typically care more and want to learn. The Algebra 2 is college prep and you've got a wide range of dedication and abilities. I definitely like the idea of the 3-choice homework option (should I make a spinner? should I find one online and use it? there's one here and in my smart notebook too) but giving only odds could be somewhat iffy, especially when there's not much work involved.